who let the ghosts out?

The FBI never got their “UNSUB Dick,” which sounds like an 80s garage band. Never cracked their only true suspect – found after 25 years of hunting. All of it ate up a lot of resources and cast long shadows on agents with the name Richard in their Soviet division offices. All in all, maybe it is better to hunt bank robbers in Chicago or San Diego than to be in counterintelligence … Such is the life of the real double naughts.

13 Little-Known Punctuation Marks We Should Be Using

Number 6 and Number 8 look like daggers I have beside my bed.
http://m.mentalfloss.com/article.php?id=12710

Army Aviation and Missile Command has what I want 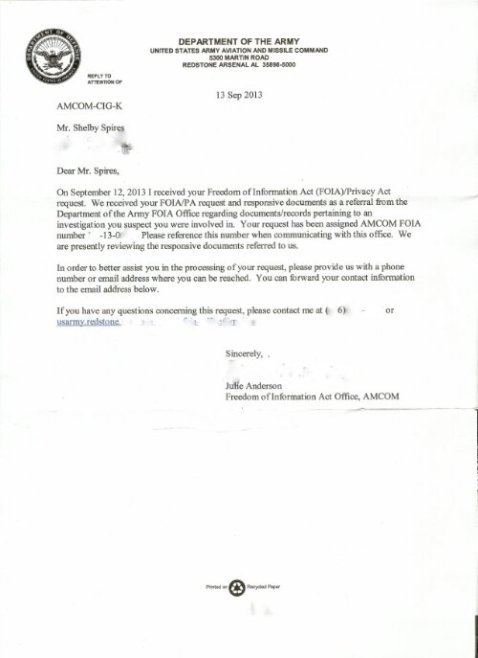 The Army got it right.

Well, I should say Julie Anderson got it right. (Mrs. Ms. Mdme???), when she finally got my gender restored. CIA, NSA and even DIA stripped me of my appropriate salutation, but the Aviation and Missile Command set it right.

A true talent that the likes of Hollywood is rare to have been blessed with given all the schlock in the business.
“Home To Judgement” may be my most favorite piece of episodic television, certainly my number one “I Spy” episode. The opening images of Scott and Robinson, coming over those hills all broken and beaten but defiant, is one I think of often in connection with that show.
Robert Culp may have written that episode, and did a fine job, but Sarafian certainly applied a fine chisel that sculpted the work.

Richard C. Sarafian, who directed episodes of 1960s spy television shows, died Sept. 18, according to AN OBITUARY POSTED BY VARIETY.

Sarafian directed the 1965 pilot for The Wild, Wild West, which combined spies with the Wild West. Star Robert Conrad, in a commentary track for the first-season DVD set, said that pilot, The Night of the Inferno, was expensive by mid-1960s standards. The Sarafian-directed episode sold the series and the director returned for one more first-season installment.

Sarafian also helmed EIGHT EPISODES of the 1965-68 I Spy, starring Robert Culp and Bill Cosby, which was probably took the darkest take among ’60s spy shows. His final work on the series was the 1968 episode Home to Judgment, which had a plot SIMILAR TO THE 2012 007 MOVIE SKYFALL.

In the 1970s, Sarafian got the chance to direct some feature films, including Vanishing Point and THE NEXT…

I heard Gerard got his old war buddy, a private detective named Cannon – big guy with a radio announcer voice – to look back into the Kimble case in the early 70s. Gerard and Cannon were tight and had flew in B-17s with the 918th Bomb Group out of a little field called Archbury during World War II. Gerard got some info on Kimble from a UFO nut named David Vincent, yep the famous architect, and got Cannon to look into it.
Glad to see it is all finally wrapped up now. STAFFORD, IND. – Richard Kimble, the small-town pediatrician and death row fugitive whose first degree murder conviction was famously overturned in 1967, may not have been innocent after all, according to new claims made this week by members of his family.

Convicted for the brutal slaying of his wife Helen Kimble in September 1961, Kimble escaped custody during a freak train derailment two years later.  He spent four years as the subject of an intensive manhunt before the discovery of new evidence led him to turn himself in to Stafford police in August of 1967.

According to Kimble’s sister, however, her brother was guilty of the crime, and the new evidence that exonerated him was…

The Big Army bats my file request back to Alabama

The Ed Snowden inspired, federal document search on Shelby G. Spires continues with a new wondrous ONE (1) page document sent to me in today’s (17 Sept. 2013) post.

And who else would have a document on me?

The Department of The United States Army, the US Army, the USA, the ***K*NG ARMY and all the other nicknames Big A goes by, that is who, whom and what.

END_OF_DOCUMENT_TOKEN_TO_BE_REPLACED

Continue Reading
Colonel Assignment – and thoughts about writings and the world
Blog at WordPress.com.