Over the past few years, Stan’s legacy at Marvel Comics has been re-examined in books such as Sean Howe’s Marvel Comics: The Untold Story and a detailed article in New York magazine early this year. This blog even did a modest post on the subject a year ago.

Today’s post is merely intended to wish “Stan the Man” (one of his many nicknames when he was Marvel’s editor-in-chief) a happy birthday.

Marvel was a lot more than Stan Lee. But he is one of the few survivors of the 1960s when the stories were done that laid the foundation for the Marvel Comics film universe.

That doesn’t mean Jack Kirby, Steve Ditko (another survivor), Wally Wood and others weren’t important. Their contributions were enormous (their plotting in addition to their art) and they should be better known…

Changes made to home video of our favorite series 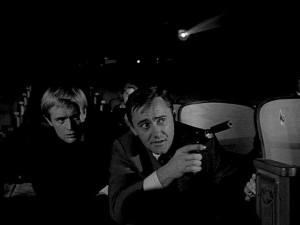 “I don’t understand these changes, Illya.”

Many of the blog’s favorite television series have made it to home video over the past decade — but not exactly as they appeared during their original run.

Some of this is a given. “Bumpers,” where we’re told the show will be back after a station break, and previews for coming episodes are usually clipped before going out for home video.

Still, sometimes changes are made for other reasons. Here’s a look at the differences between the shows as they appeared first run and what you get on home video.

For example, some first-episodes use a different version of Jerry Goldsmith’s U.N.C.L.E. theme. The Project Strigas Affair, the ninth episode aired, uses the version of the theme (arranged by Morton Stevens) utilized for most…

The Pepsodent Show with Bob Hope 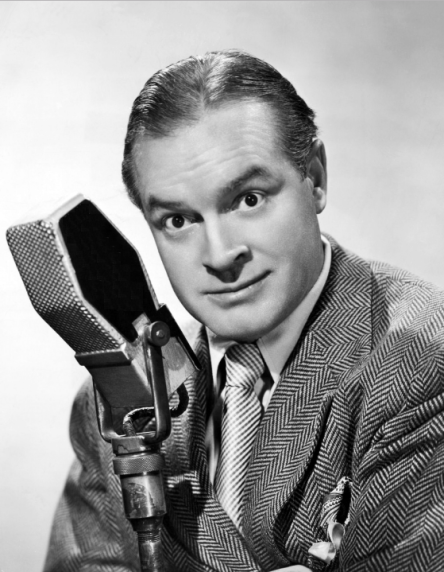 Hope spends the first ten minutes pushing Pepsodent and horsing around with his usual cronies before introducing Bogart for some goofy tough-guy jokes and a skit. What’s fun to note is that the house band must have been worth the price of admission alone as I could have listened to them for another half an hour.

The comedy is pretty standard fare for Hope. Some jokes are clever – (On going to the beach) “A lot of people change their bathing suits in their cars, which I think is disgusting. Especially when it’s so much easier to do it on the bus.”

Some jokes went so far over my head that I had to use Google to know what he was talking about – (On a wedding he attended) “What a wedding. The bride…