A fresh Mission to the Unknown filming 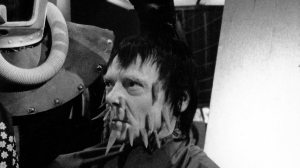 The classic Doctor Who story Mission to the Unknown is being remounted by students at UCLAN.

The news was confirmed by original series star Peter Purves, who is attending the shoot with Edward de Souza, who appeared in the episode back in 1965, and Nicholas Briggs, who will be voicing the Daleks. The single episode was a teaser for the 12 episode epic The Daleks Master Plan, and did not feature the Doctor (William Hartnell) or his companions.

Mission to the Unknown – a complete remake by UCLAN students. The sets are built, the costumes made, the 3 day multi camera shoot begins this morning at 08.30. It is hoped the BBC will release it on DVD. This is serious painstaking work.

Purves has noted that “it is being made as authentically as possible. The cameras are slightly later, but no zoom shots… 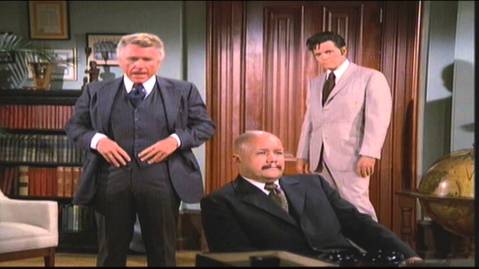 Joseph Sirola as U.S. spymaster Jonathan Kaye is about to spring a surprise on Steve McGarrett and let Wo Fat go in The Jinn Who Clears the Way,

Joseph Sirola, a character blessed with a voice that attracted much voice over work, has died at 89, according to The Hollywood Reporter.

Sirola “died of complications from respiratory failure Sunday at a rehabilitation hospital in New York City,” according to the entertainment news website and trade publication.

The actor played villains in second-, third- and fourth-season episodes of The Man From U.N.C.L.E. He also portrayed U.S. spymaster Jonathan Kaye in five episodes of the original Hawaii Five-O series.

In his final appearance as Kaye, in The Jinn Who Clears the Way, his character springs a major surprise on Jack Lord’s Steve McGarrett. The Big Kahuna has captured arch villain Wo Fat. But Kaye makes the lawman let the… 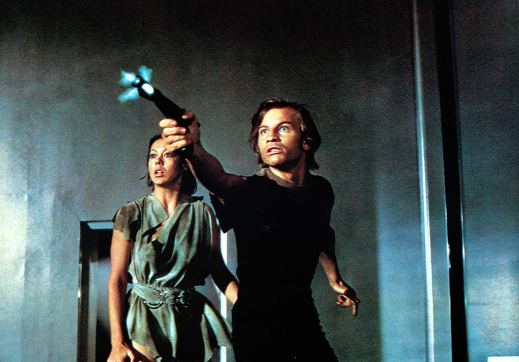 Musings of a Middle-Aged Geek

In the days before 1977’s “Star Wars” changed movies forever (at least for my generation), cinematic science fiction, with rare exceptions like “2001” and “Forbidden Planet,” consisted largely of cheapie monster flicks or dystopian nightmares.

One of the more successful of the dystopian movies was “Logan’s Run” (1976), based a bit loosely on a novel by sci-fi heavy hitters William F. Nolan and George Clayton Johnson (“Twilight Zone” “Star Trek TOS”). Nolan would go on to pen a couple of other adventures in this series, but I’ve only read the first book, so I’m not qualified to write about the sequels. 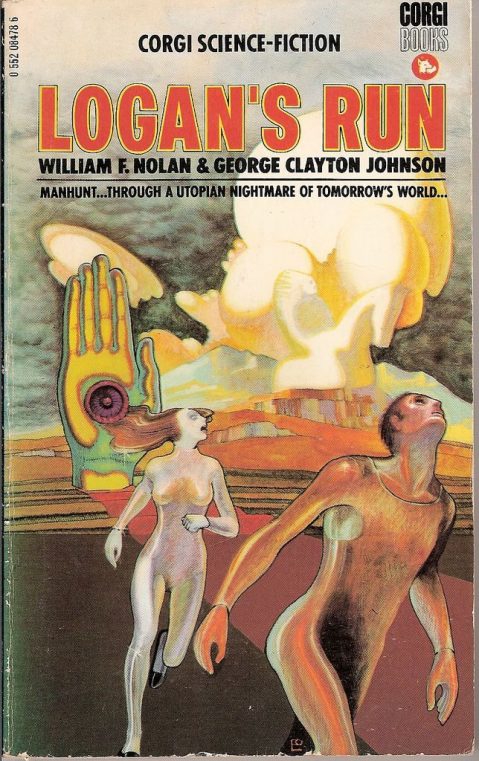 “Can you identify this word?”

The original book was published in 1967, the famous ‘summer of love.’  It was a time when western culture was obsessed with youth, rebellion and the ever-increasing generation gap.   In this regard (and others) the book is quite different than the adaptations… 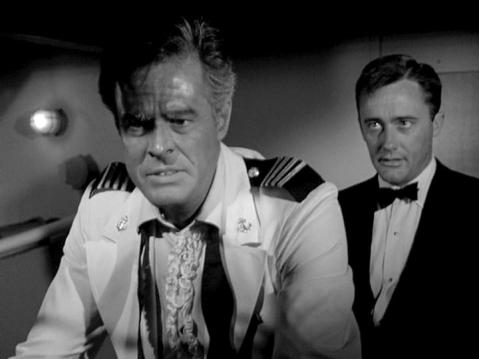 Captain Shark (Robert Culp) during a dramatic moment with Solo in The Shark Affair.

The Shark Affair, the fourth episode broadcast of The Man From U.N.C.L.E., would feature a different antagonist — well meaning but in the end one who had to be stopped.

Captain Shark (Robert Culp) is convinced the world will soon go up in atomic war. He is kidnapping people of various talents from ships. He disables and sinks the ships while sending the rest of the passengers on their way in lifeboats. Shark’s ship is a sort of modern day Noah’s Ark.

Sapinsley would later be a key writer on the original Hawaii Five-O series, where his contributions included the only three-part story. He also wrote Sherlock Holmes in New York…