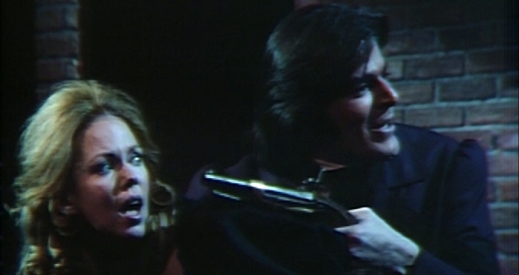 “You’ve had too many victims! It’s over for you!”

Driven mad by this betrayal, in addition to the general background madness of being a Collins in the first place, Morgan has locked up Barnabas and Angelique in the cursed room that plagues this parallel hell. Everyone who spends a night in that room either dies or goes insane, at the pleasure of an angry ancestor who’s determined to spoil everyone’s fun. So far, the trapped lovers have been alternately possessed and throttled, but the evil wizard running the no-escape room hasn’t gone in for the kill.